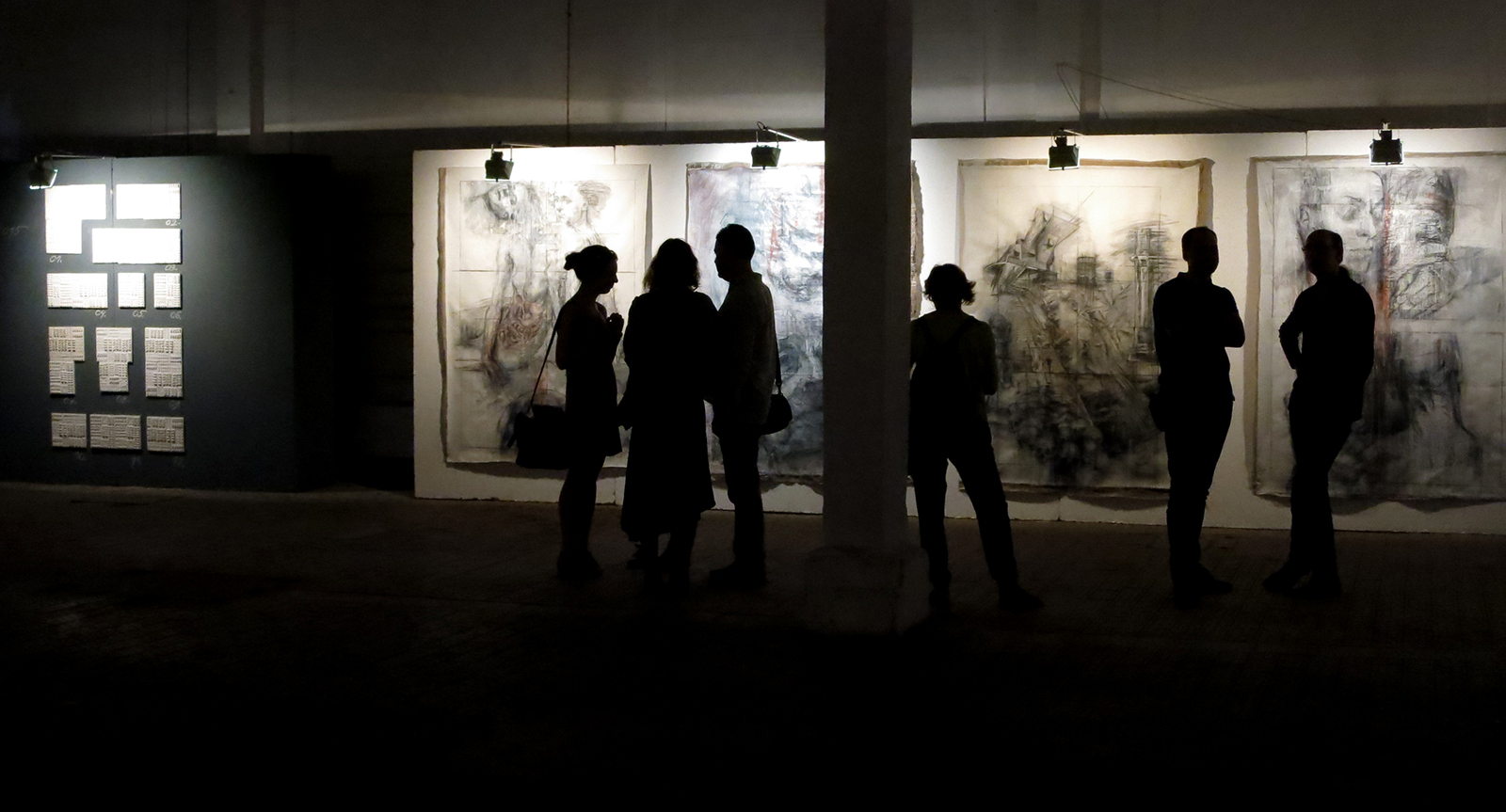 Huge, realistic, palimpsest-like, with “X-ray” and other layers, a series of charcoal drawings on canvas, entitled People, may be associated, in their dramatic character, with Leonardo’s studies of human bodies and Rodin’s sculptures.

The intelligible, clear essence, eidos of the People project and each of its constituent works is that they visually express a huge potential energy of the substance – in this case, substance of the human body. Hidden energy of the “substance”, its supreme spirituality do not display themselves at the summit of a human life; rather, they do this with the utmost force in the process and condition of bodily senescence, “deterioration”, disintegration of the matter we consist of. In the People works, a feeble body concentrates the internal power developed by life, and thus acquires a special beauty and significance.