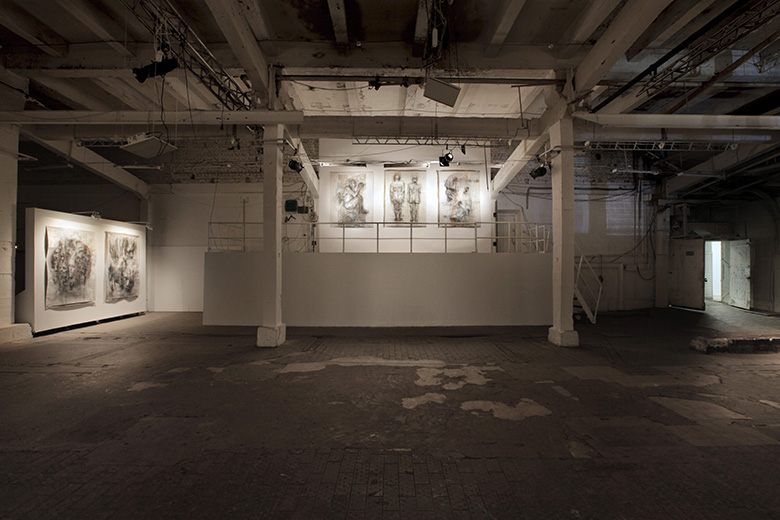 Turning to a multifaceted narrative is one of characteristic features of our time. Willingness to create a story is an attribute of stable epochs, when an orderly narrative recognizes itself in an orderly worldview, even if this worldview nothing more than a simulacrum. The ability to narrate is in especially great demand when stability comes to replace the «times of turmoil» and when it attempts to hide its eventual unsteadiness and questionability. It is the ability to narrate, i.e. create a multidimensional large-scale work, that some artists rely on in their “second biographies”: artists who began their careers at the times when narrative could not cope with reality overwhelmed with catastrophic events and feverish speed. Katya-Anna Taguti, the author of People project, is of this generation.

Of all possible types of narrative, Taguti chose biography: the story she is telling is based on things that are personally experienced, intimate; their objectivity is mediated through a subjective experience of a close one, her father. In this regard, Taguti is following the ideology of the early 21st century, completely submerged in individualization experiences. Returning to narrative is made possible for her only as a part of her own life, as bringing to order her personal experience through telling a story. Thus, her project fits into the framework of psychoanalysis, whose objective was precisely to help a patient to come up with his own story.

Relevance of Taguti’s work is in her appeal to reanimation of the past.

Today, when the modern culture and the very ideology of progress are in an obvious crisis, art as a fundamental human activity is capable of confronting the menacing future. It appears to be the only “brake” on progress, which is seen today as destructive rather than hopeful. Katya-Anna Taguti is a witness to that it is only through restoring the ties with the “father”, i.e. with the past, preservation of genuine humanity in ourselves remains possible…

Bogdan Mamonov
is an artist, curator, art critic; author of installations, paintings, video/slide films, performances, book illustrations. He represented Russia at the Venice Biennale in 2005 as a member of ESCAPE.