“The majority of traffic accidents happens not because of someone’s mistake but because of wrong reaction on someonen’s mistake” – Monderman writes.- “Drivers watching signs and traffic lights stop noticing other participants of the road traffic. Meanwhile visual contact or simple gesture would be enough to solve the majority of traffic problems”. The only sign which Monderman accepts without any complaints is “Think!”

If you read the above text without the words “road” and “traffic” a different, metaphysical meaning will appear.

Road signs in this context become the signs of fate or a metaphor of our daily choices. The choices between left and right (to explain oneself or to say nothing), between a dead-end and a u-turn (to stay or to neglect), between a one-way street and a speed limit (to take action or to stretch the truth).

For quite some time this indifferent, implacable, almost antic invasion of the surrounding environment into private space bothers me.

We think that there is our own will, that we ourselves choose the ways and the roads, but actually we are controlled and manipulated by the road signs and indicators, whose amount and population increases from day to day.

Driving a car you switch on a radio and hear some fragment of music, which reminds you about unexpected call of forgotten friend. Or you hear a DJ chatting about something, usually boring, but very important for you at the moment. Or thinking hard about your problem you get a clear answer just from the accidental dialog of strange people on the street. The interactive interference of surroundings, the signs of fate.

This is a reminder of the roads that humans walk on everyday speeding through life and their duties.
These are the signs, which we don’t understand and directions we don’t pay attention to.
This is a metaphor for the flow of life. Where accidental meetings, words torn out of context, fragments of music, sudden emotions – influence us and change our Fate.

The space of the project is pitch black. When a person walks through the room, hidden lamps light up one of the works. The works are like symbols, fixating or leading the movement of the human being on the Highway of Life. They light up and fade.

The audiovisual is projected onto one of the works. It is a first person view of someone traveling in a graphic environment, encountering signs and symbols that represent the paths, directions and events that everybody finds or meets through their lives. From the moment of birth to the moment of death. 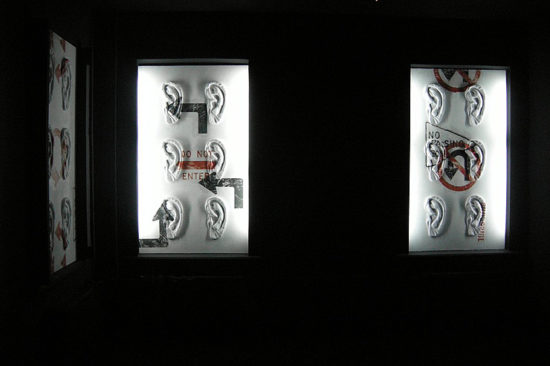 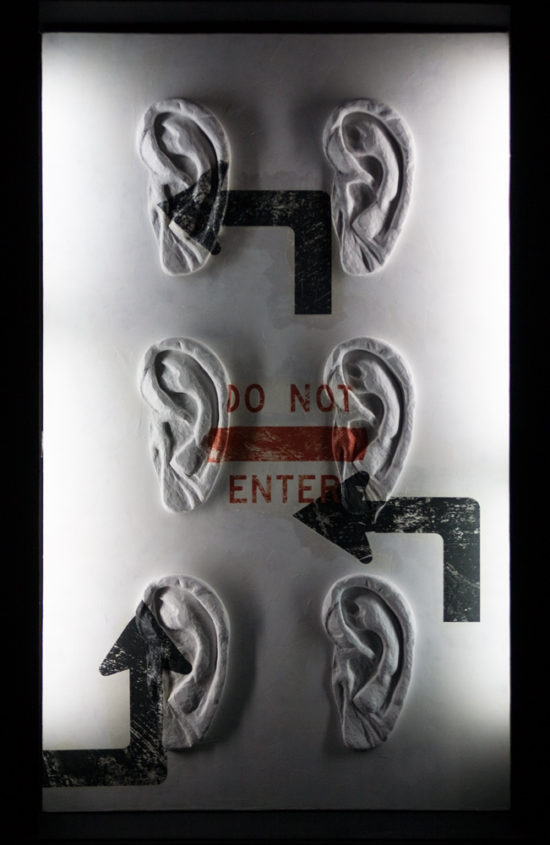 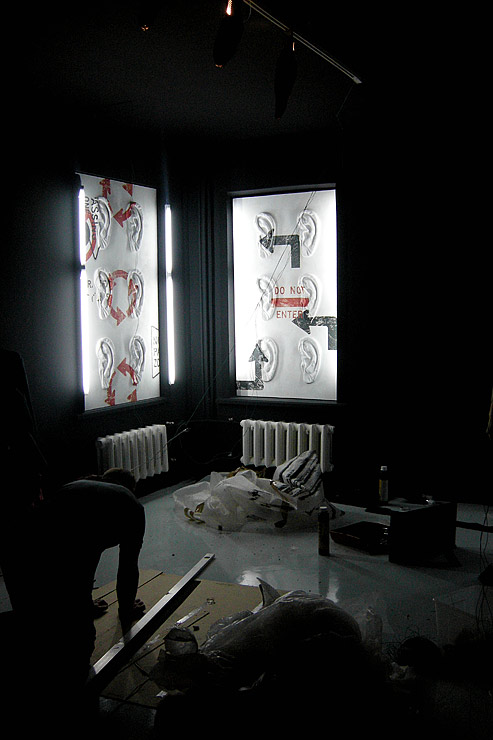 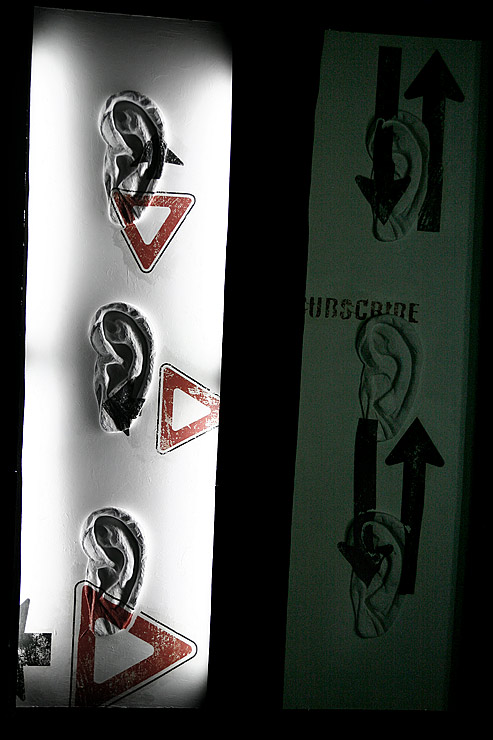 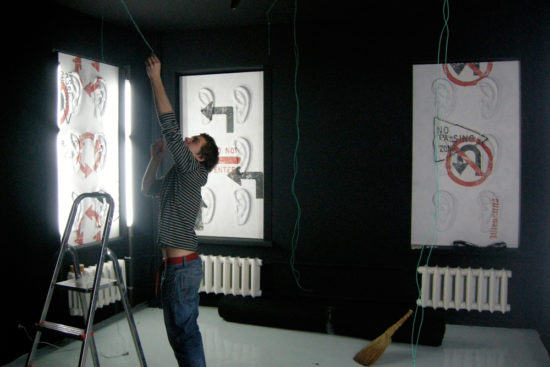 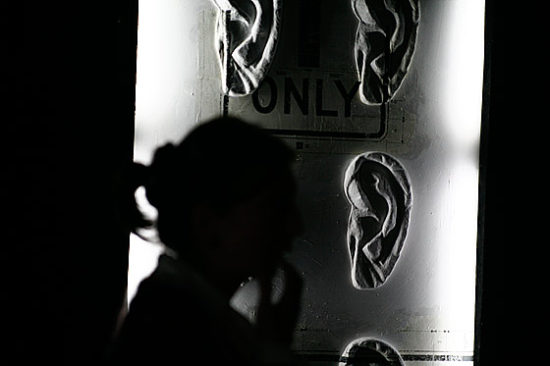 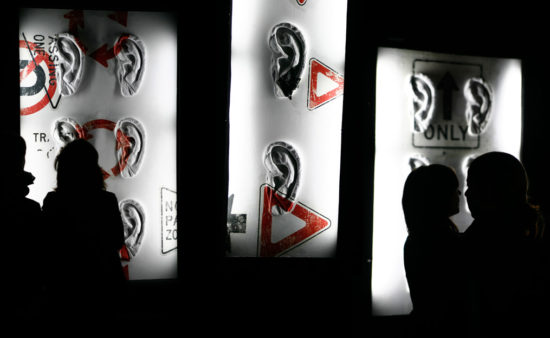