Ann Taguti’s “The Cross and the Hammer”

“Ann Taguti’s project has in many ways defined the subject and the trend of the present Art Festival in Ivanovo. It was originally devised respecting the unique Ivanovo context, where in the halls of the Ivanovo Calico Museum the early Christian textiles with their arcane symbols of eternal bliss and the agitation calicoes containing the symbols of the brand new life coexist. This paradoxical combination is the origin for that exploding postmodern compound, being the very core of the contemporary art. The fabric of the auxiliary material turns into a carrier of the cultural code.
As regarding ‘The First Avant-garde Factory’ Art Festival, Ann’s project may serve not only as an example of the ‘site-specific art’, but as an indication of the urgent (and painful in some ways) Ivanovo’ problem of the combination of history and modernity. Is there a place in the future for the heritage Ivanovo’s weavers left? Or all these calicoes with their flowers, stars, sickles and hammers will be buried under a bushel of the historical layers together with the Coptic textiles? The fact such a project exists gives hope for a future. Fashion and design are another traffic channel for signs and symbols. It’s no coincidence the entire exposition is based on stylistic antinomies, and the essential part of it are the dress models, featured by a young fashion designer, Xenia Novikova. Her ‘Orthodoxy’ collection borrows Byzantine and Coptic church motifs and, depriving them of their cult function, transfers them to the 21st century”.

“Within ‘The First Avant-garde Factory’ Art Festival Kate-Ann Taguchi has tried while performing her ‘The Cross and the Hammer’ exhibition to create a combination of Coptic archaic art and Soviet agit-prop. It is not enough for her, as it once was, to immerse completely her antique Antinouses into actual headlines, but she now beholds the delicate does of Egyptian Pyramids era in the form of Lenin, who had put in motion all that global inhuman performance. She thus manages to feature a historical panorama of such a chronological extension, which none of canvases, oil paintings or any other graphics have ever dreamed of. In the Ivanovo project Kate stays true to herself, keeping on espousing the unespousable, so that a spark could light the flame. In the museum space, her sheets stretched over threads or ropes stream and thin out light themselves, in a contre-jour ambience, thus lending the halo of sacredness the loom fruits, casting the shadows of arabesque forms on the opposite wall”.

“I see Coptic fabrics as a text which may be edited, supplemented or even distorted. a text that has several meanings and several lives.
In their works, Copts have been reproducing ancient Greek symbols and decorative elements which, in turn, had been actively borrowed from Ancient Egyptians. Being the first Christians, Copts endued these images with sacred meanings.
Supplemented with hand-made embroidery, this project may be a pattern for an unfinished needle work – or, conversely, a palimpsest with some pieces lost.
It feels very organic to introduce Soviet insignia into the text of Coptic fabrics. the Soviet Empire widely drew upon the ancient Greek and Roman cultures, creating its own – already archaic – style. An infinite sequence of adaptations and reincarnations”. 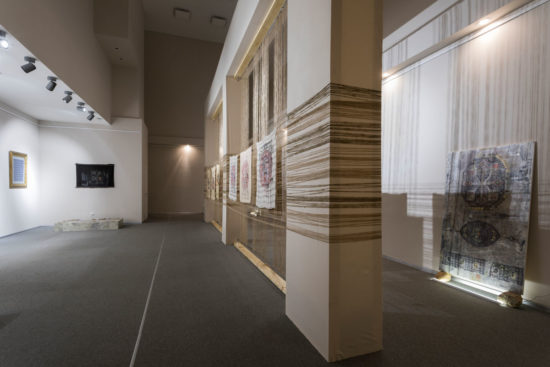 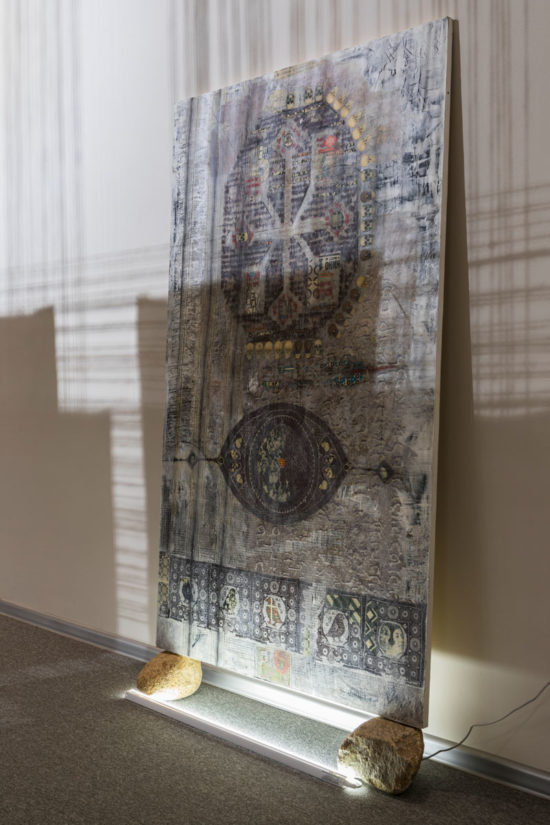 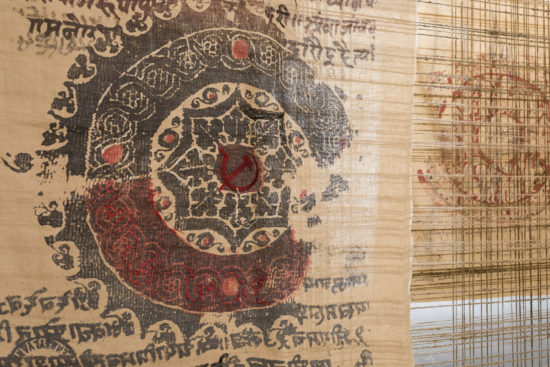 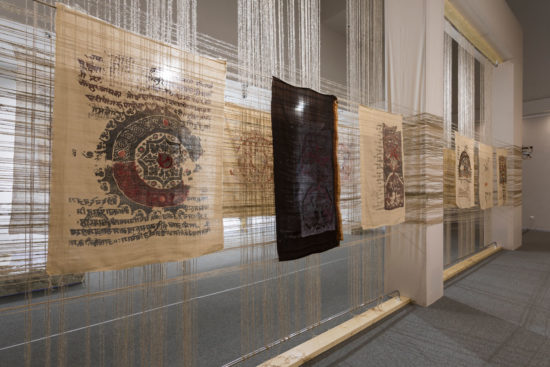 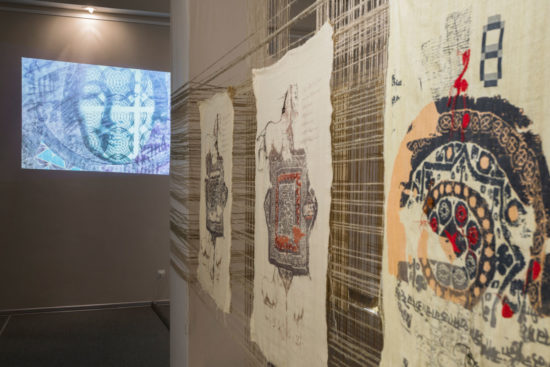 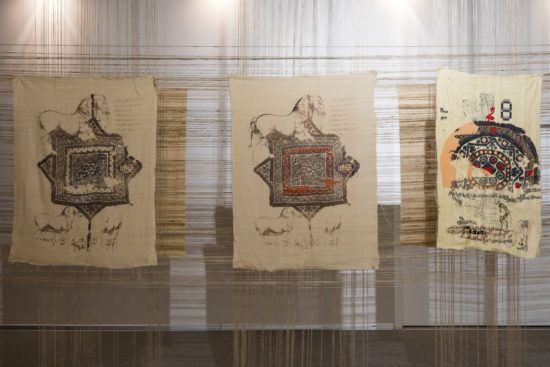 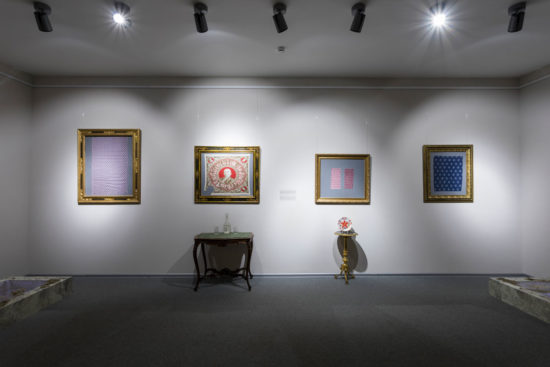 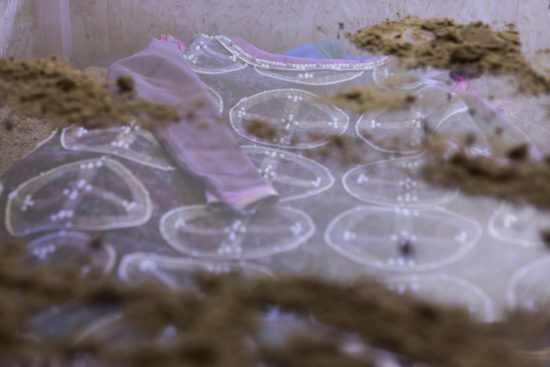 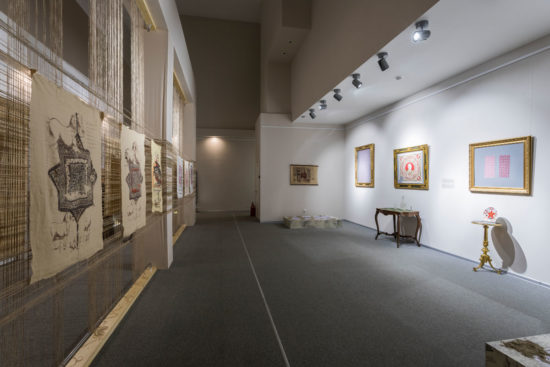